The most popular type of preventative nose sprays for allergy contains small amounts of steroids. Examples include Flonase, Nasacort and Nasonex. For the past several years, Flonase and Nasacort have been available without a prescription (OTC). A couple years ago, Rhinocort also went OTC. One advantage of Rhinocort is its lack of irritating preservatives. Flonase contains phenylethyl alcohol (PEA), which gives it that floral odor. Many people find the odor unpleasant, though others tell us it’s the “smell of relief.” PEA, an alcohol, can dry the inside of the nose and cause nosebleeds. Both Flonase and Nasacort contain benzalkonium chloride (BKC), another preservative that can dry out the nose. Rhinocort has neither, so many prefer it. In March 2017, Glaxo (owner of Flonase) put Veramyst OTC, renaming it Flonase Sensimist. Like Rhinocort, Flonase Sensimist has no PEA or BKC, so it too is gentler. Why would Glaxo put its superior product OTC? To sell some. They couldn’t sell much prescription-only Veramyst for $250, but OTC Flonase Sensimist sells for $23, minus the $5 coupon available on their website.

Meanwhile, Glaxo’s Flonase, which contains fluticasone propionate (along with PEA and BKC), is losing more and more market share to generics, which can sell for less than half the $20 price. Recently, Costco had a package of five bottles of its Flonase generic, called Aller-Flo, on sale for $16.99! That’s less than $4 each.

All these sprays contain steroids. Are they safe? For the most part, yes. Flonase contains 50 micrograms (mcg) of fluticasone. So 2 sprays per nostril twice per day is 200 mcg. In the meantime, our adrenal glands make 5,000 mcg of cortisol each day (5 milligrams), so the 200 mcg doesn’t really add too much unless the patient is also using other forms of steroids, such as preventative asthma inhalers.

Next to go OTC will probably be Nasonex, which lost its patent and is now sold mostly as generic. Interestingly, the same company that owns Afrin also owns Nasonex. Abstracts have been presented at allergy meetings testing a combination spray with both Nasonex and Afrin. Should we get ready for Nasonex-D? 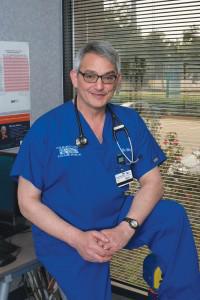 After much feedback from allergists and pulmonologists, the FDA finally removed the black box warning on ICS/LABA combination inhalers in 2017.