Do you find our website to be helpful?
Yes   No

The itch that rashes meets its match

The Allergy Clinic Blog The itch that rashes meets its match

Atopic dermatitis, or eczema, is a miserable condition. Itching brings on the scratch, which spreads the rash, and a vicious cycle ensues. Many rashes itch, but with eczema, the rash does not appear until after you scratch it. Thus, instead of being a “rash that itches,” it is known as the “itch that rashes.”

In mild cases, using skin moisturizers and creams or ointments that contain steroids provide adequate control. In more severe cases, we have to use stronger doses of steroids that are taken by mouth and can cause terrible steroid side effects if used too long. Over the past 30-plus years, medical researchers have studied how white blood cells communicate with each other to regulate the immune system. One class of regulators is called interleukins (IL). IL-4, IL-13 and IL-31 play a role in eczema, so research has been done on how to block these signals to control the eczema.

In March 2017, the FDA approved the biologic dupilumab (Dupixent), an injectable medication that inhibits both IL-4 and IL-13. In a pivotal study published in the New England Journal of Medicine in 2014, Dupixent provided much better relief when compared against steroid creams and ointments placed on the skin. Much larger studies confirmed this benefit in a 2016 NEJM manuscript. We have now started several patients on this treatment and have been amazed by how well it works.

With eczema of any severity, rule No. 1 is moisturizing the skin. Dry skin is more likely to itch than is moisturized skin, and if we can control the itch, we control the scratch, and thus minimize the rash. Many allergic patients do not tolerate fragrances, so try a moisturizer that is “fragrance free.” It’s not good enough if it says “unscented” because many unscented products have irritating fragrances that are offset by other masking (also irritating) fragrances. Many patients tolerate Vanicream, Cetaphil and CeraVe. Moisturizing can also be achieved from the inside out – staying well hydrated helps, as does ruling out and correcting Vitamin D deficiency.

Oftentimes, the rash will get infected with bacteria, which complicates the situation. We sometimes have a patient pour half a cup of bleach into a bathtub full of water to kill the bacteria. Many patients find this unpleasant, and using a bleach-containing cleanser, like Cln, is almost as effective.

If you are suffering with uncontrolled eczema, please ask for help. Better control is now within reach. 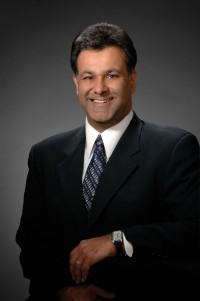 Alnoor A. Malick, MD, FACAAI, FAAAAI Dr. Malick is board-certified in allergy and immunology and oversees the formulation of allergen immunotherapy at The Allergy Clinic. He was nominated by his physician peers and voted by the readers of H Texas Magazine as Best Allergist/Immunologist in Houston five years in a row.